This post may contain affiliate links to help the reader find relevant products. We get commissions for purchases made through links.

Greek Olive Tree is one of the oldest symbols of the world, inalterable in time and of timeless value. Olive Tree symbolism means Peace, Wisdom, Fertility, Prosperity, Immortality, and Success. As well, the olive tree is a gift from Gods linked with the renaissance and the light.

It is one of the most well-known and often used symbols in Greece and globally. In general, the Greeks and the Mediterranean have developed very close ties with the olive tree not only on a nutritional level but also on a wide range of symbolic content from antiquity to the present day.

Olive Tree for Ancient Greeks was a symbol of Olympic Ideals. For this reason, the only prize for the Winners of the Olympic Games was a wreath made of olive branch, the so-called “kotinos”.

Another meaning of the olive tree branch in Ancient times related to weddings, where the Ancient brides wore the olive branch wreath during the wedding symbolizing purity.

An evergreen and golden dark green olive leaf have endured the symbol of peace and prosperity.

According to Greek Mythology, the origin of the olive tree in the city of Athens comes through the contest between two Greek gods Athena and Poseidon.

Athena was a warrior Goddess, in addition to Goddess of justice, wisdom and protector of arts and literature. Athena was the daughter of Zeus, the supreme God of Greek Mythology.

Poseidon, the God of the seas and Zeus brother, claimed the ownership of Attica striking his trident into the Athenian Acropolis which became a well of salt water. Later Athena came to the town and made an olive tree spring next to the well. This is how the competition among two powerful God began.

To stop this anger, Zeus intervened and ordered the formation of a divine tribunal to decide which of the two Gods should be the protector of a newly built city in Attica. It was decided that Athena has a right to win the land because she had given the city the greatest gift – the first olive tree.

Athena forever became the protector of the city named after her – Athens. The olive tree planted by Athena was respected for centuries in the Acropolis symbolizing the victory.

In Greece, the olive tree symbolizes prosperity and peace, as well as hope and resurrection. In the V century BC, the King Xerxes of Persia burned Athens. The entire city of Athens including Acropolis, a birthplace of olive trees of Athena, was also burned.

However, when the Athenians entered the destroyed city, the olive tree had already recovered and grown a branch, demonstrating the rapid convalescence and renovation of the Athenians in the face of adversity.

Looking for a Personalized Gift?

Another famous hero of Greek Mythology is Hercules, the son of Zeus – King of the gods. He is tightly linked to the Greek olive tree symbolism. Hercules using his only hands and a wooden stake from a wild olive tree succeeded to kill the Cithaeron lion which was destroying the countryside. This ancient act acknowledged the olive tree as a strength and resistance symbol.

Hercules is also well known for his twelve labors (“Herculean labors”) appointed in order to atone his sins after he killed his family. During these labors, he used various weapons, including a club which was made of the wood from an olive tree.

If the olive tree club was dug into the ground it began to take root until it converted into a tree. Amongst other things, with this olive tree club, Hercules brought the Nemean lion into the corner of a cave and then he strangled it with his own hands.

This olive tree club became a significant attribute of Hercules and symbolizes toughness and strength.

Greek olive trees demonstrate longevity, healthiness, and growth, and here is why: the expected lifespan of an olive tree is 300 to 600 years, yet there are olive trees more than 1000 with few trees in south Greece estimated at over 3000 years old. The olive tree starts giving its first fruits at the age of 7 and reaches maturity between the age of 30 to 70 years old. Olive trees love the Mediterranean sea and sun. It grows even on arid and rocky soils and can survive under drought weather conditions.

Even today, on the island of Vouves, in the south of Crete, it is believed there is the oldest olive tree on earth. The olive tree was planted 3,000 years ago, and it is still bearing fruit which is valued at a very high price.

And on the island of Santorini, southeastern Greece, volcanic rocks were found to have “preserved” olive groves from 50 to 60 thousand years ago.

Historians have proven that, although the first wild olive trees on our land grew in the eastern Mediterranean (in today’s Spain), Greece is the first country to cultivate and cultivate them specifically for their valuable fruits. By the way, olive wood is very hard and dry, and the trees themselves are resistant not only to pests or diseases but also to fire. Grows to 12 meters in height.

The olive tree is mentioned frequently in the Bible back to Noah’s flood. When the dove brought Noah “a plucked olive leaf in its beak” the olive branch signified new life sprouting on the earth (Genesis 8:11). As of then, the olive tree and olive branch have been symbols of peace and reconciliation. In addition, the slow and sincere growth of the olive tree also means establishment and peace.

Another olive tree symbol in the Bible is related to its flowering which implies beauty and abundance. As well, the olive tree’s fruitfulness and ability to flourish suggests the prototype of a moral person (Psalm 52:8):

“But I am like a green olive tree in the house of God; I will trust in the mercy of God forever and ever.”

Moreover, the olive tree rich in fruiting symbolize a mother who enriches her home with her children. And the children symbolize the fruits of her love (Psalm 128:3):

“Your wife will be like a fruitful vine within your house; your children will be like olive shoots around your table.”

“For if you were cut out of the olive tree which is wild by nature, and were grafted contrary to nature into a cultivated olive tree, how much more will these, who are natural branches, be grafted into their own olive tree?”— (Romans 11:24)

Besides that the olive tree was a prolific tree with many uses, it was named the tree most worthy of being regarded as “the king of trees”. In the Bible, “The trees once went forth to anoint a king over them. And they said to the olive tree, ‘Reign over us!’ But the olive tree replayed to them,

Greek olive tree symbolism of longevity, growth, perseverance, peace, healthiness, and lots more proves the ability to survive over the centuries and be part of the Ancient Mythology up to the Modern world culture and tradition.

“For Greece, an Olive Tree is more than a Tree. It is Culture, History, Tradition, and Mythology. A Symbol of Peace”.

Are You Looking to Buy an Olive Tree?

If you are looking to add more potted trees or other plants to your orchard, or if you like to replace a neglected olive tree, the best places to get them are your local nursery or an online nursery.

One of the most reliable and the world's largest online nurseries is Fast Growing Trees. They deliver fast, neat, and healthy plants backed with a 30-day guarantee. 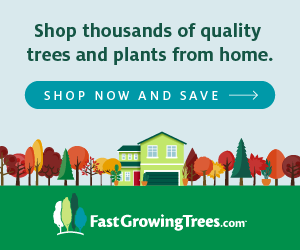 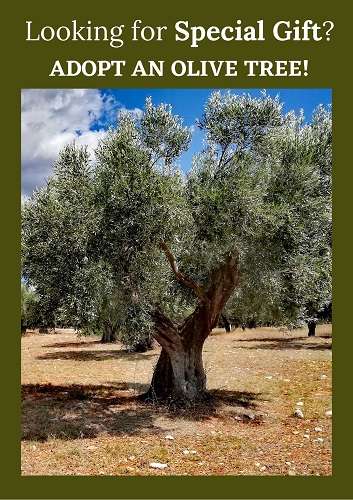